In this article, we explore whether there is a real need for you to install additional antivirus software on your personal computers.

Windows Defender was a highlighted feature in Windows 10, providing many sought after features such as real-time virus scanning and blocking which extends to the internet browser. Users will receive incremental updates every now and then, eliminating the need for paid antivirus software.

At the same time, macOS is said to be less susceptible to viruses. A program called Gatekeeper works by ensuring each software is digitally verified by an approved developer. Furthermore, Notarisation and XProtect on macOS will ensure app security during major milestones such as the first startup or after an update of the app. This security measure further extends the Gatekeeper certification.

Internet browsers such as Google Chrome identifies and blocks malicious websites that could inflict harm on your computer, even before the antivirus protection steps forward. Similar to the operating system security, internet browsers often roll out incremental updates to stay informed on lingering threats. Apart from viruses, browsers can also block data phishing that may steal your personal information.

The recent release of Chrome 91 introduces a feature known as Enhanced Safe Browsing, with a blocklist that is updated approximately every 30 minutes. Safari also has been constantly rolling out security patches together with its macOS updates.

Tools such as Chrome’s security indicator (with three main markers) and relevant plug-ins also give you a clearer indicator of the site’s security level, steering you away from such threats rather than relying on your gut feeling. Rather than relying solely on the OS level, getting an additional layer of protection from antivirus software can also be beneficial. One such example is the Norton 360 solution.

Founded in 1991, Norton uses its in-house signature and heuristics to identify and stop the virus from infiltrating into computers. They have a long experience of tackling viruses for both the personal computer and corporate computing market. They strive to offer a holistic package, extending beyond virus protection.

Not only do they offer a base level of antivirus protection, its enhanced Firewall and Online Threat Protection for PC and Mac monitors and block unauthorised communications between your computer and other computers.

Encryption and data recovery may be your priority

It is generally advised that computer users take frequent backups of their computer data. Especially with how ransomware attacks are now getting more frequent.

Thankfully, every Norton 360 subscription comes with PC Cloud Backup. As the name implies, it stores important files and documents in the cloud and can be used as a last resort against ransomware attacks. Storage space options start from 10GB all the way up to 100GB depending on your data capacity.

Norton even goes the extra mile by encrypting and backing up these files uploaded to the cloud so that they can be easily and securely recovered if you ever need to (e.g. in the event of a ransomware attack).

The added security blocks cybercriminals from your data regardless of whether you are on public or private WiFi. Even on public WiFi, you can go about your online monetary transactions without qualms of credit card theft.

The password manager feature that comes with each Norton 360 subscription does more than just storing your passwords – it also encrypts them. It does a great job of generating secure and unique passwords so that you do not repeat them across your online accounts.

People who want to be more careful around the dangers lurking in the online world (like phishing emails or even having trouble remembering their passwords) might want to consider subscribing to a paid antivirus plan like Norton 360 for peace of mind.

If you would like to learn more about what the Norton 360 subscription can offer, check out our other article.

This article sponsored by Norton reminded us of the importance of taking extra precautions when surfing online. 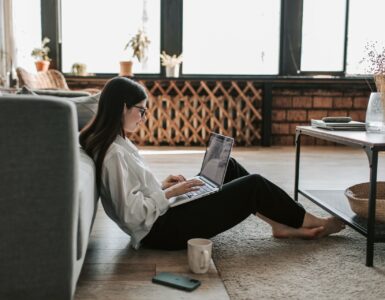 You have probably seen a whole assortment of antivirus software and virtual private networks (VPNs) – but what do you actually need to protect yourself online? Here at Tech Lingo, we hope to provide you with the...

Staying safe at home doesn’t only mean to stay physically away from the virus – we should also keep ourselves safe from online scammers. Google Safety Center With more of us going online during this circuit... 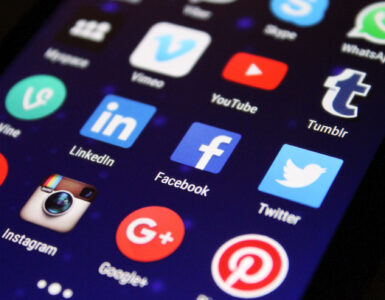 In a bid to raise online safety awareness, Safer Internet Day is taking place on 5 February this year – falling on the same day as the first day of Lunar New Year. This campaign is a call to action for all...