As implied by the “Ultra” in its name, the Samsung Galaxy S21 Ultra 5G brings a slew of new features into the smartphone industry. Apart from the major camera bump that catches the eyes of even the basic tech newbie, the latest flagship has lots to offer to the smartphone world.

More than just an extra lens

Undeniably, the camera performance on the S21 Ultra snatches the attention, of even its own sibling – the Samsung Galaxy Note 20 Ultra. To start, the dual telephoto lenses found on the device allows for optical zoom up to 10x the original size, double of what the Note 20 Ultra was able to achieve (5x).

Avid vloggers and TikTokers will be thrilled to hear about the new Director’s View mode. Gone are the days of frantically switching your camera repeatedly (or holding up 2 phones should you choose to do so), as Director’s View allows you to record from the front and rear camera at the same time. To add to the excitement, all four lenses on the S21 Ultra are capable of shooting in 4K with improved video stabilisation, with the main 108MP camera adding 8K support, allowing you to magnify into the scene of excitement without a drop in video quality.

Being the brightest smartphone display (at the time of writing) at 1500 nits peak brightness, the screen found on the S21 Ultra shines (pun intended) among other devices. For comparison, a mainstream phone with a screen brightness averaging around 350 nits is placed beside the S21 Ultra, under intense and direct sunlight. In our tests, the latest Samsung flagship outshines the average phone, allowing you to go about your daily hustles despite being under the scorching sun.

While the earlier Samsung Galaxy S20 Ultra surprised everyone with a high-refresh display which drew the attention of many mobile gamers, it was hampered by a lower resolution which left many disappointed. One could either choose to have the fluidity of 120Hz refresh rate on 1080p or experience the 4k resolution with a “clunky interface”.

Gamers can finally rejoice in excitement over the new display on the Galaxy S21 Ultra, which supports the highest refresh rate of 120Hz at the highest 4K resolution. Despite not being a gamer yourself, one can still greatly benefit from the fluid experience while sliding through your Social Media feed.

Step up your photo editing game (yes we know you are guilty of it) with the 12-bit photo mode. Unlike traditional filters which simply overlay above your photos, the S21 Ultra’s raw editing mode allows you to edit the photos from scratch, adjusting the lighting conditions naturally. For the first time, you can openly use #nofilter without the fear of being exposed. For added flexibility in terms of photo editing, the native support of the RAW format paired with any photo editing software will help you achieve greater quality photos.

The Single Take mode is Samsung’s answer to amateur content creators, amid the rising trend of short videos. Utilising more AI processing abilities than ever before, the Single Take mode is capable of capturing photo and video at the same time, leaving Instagram-worthy pictures and videos to the improved AI processor (and yes, no more struggling with fancy effects).

Great, but not perfect

While it is easy to be taken away by the abundance of advanced camera abilities of the latest Samsung flagship, it’s not all rainbows and sunshine after all. Features such as raw photo and 8K video recording, while looks good, takes up a lot of storage. According to Samsung, a 1-Minute 8K footage takes up approximately 500MB of space and a single raw photo can occupy upwards of 30MB per photo. To add to the limited storage capacity problem, expanding your storage space with a microSD card is not an option on new Samsung devices. While frequent backups and file transfers can be an option, it is simply not as seamless as desired.

While the S21 Ultra boasts better battery life than its direct predecessor due to the improved display and processor, the charging speed might be slower. On tests conducted by other publications, the S21 Ultra was only capable of reaching 25W, compared to the S20 Ultra which peaked at 45W. Nevertheless, Samsung claims that it has improved the charging speed of the official S21’s charger so the numbers won’t tell the whole story.

The Samsung Galaxy S21 Ultra 5G is already available in Singapore at a starting retail price of S$1,798 from the official Samsung Store, major telecom carriers, or from the Samsung Shopee or Lazada online store.

There are two storage configurations available (256GB and 512GB) in Phantom Black or Phantom Silver. 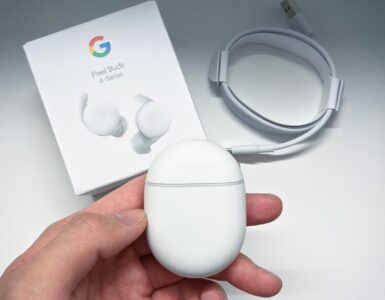 If you ever found the earlier Google Pixel Buds (2nd Gen) to be a little too pricey, Google has the next best thing for you – the Google Pixel Buds A-Series that is now available in Singapore. In this review, we... 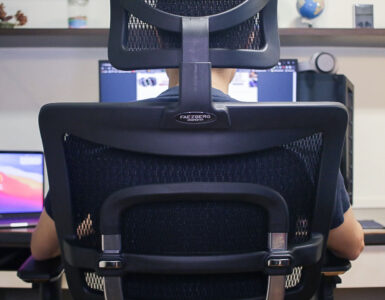 We tried a $899 office chair from Ergomeister

Looking for a customisable and ergonomic chair to improve your work-from-home setup? We recently got a chance to try the Ergomeister FAEZ8ERG Ergonomic Office Chair (8 Series). In this video review, we go through some... 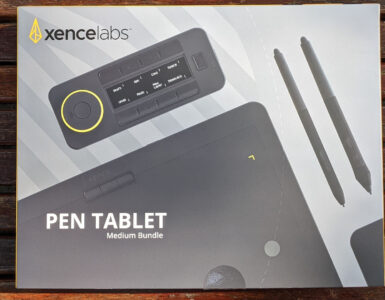