Known for its affordably-priced smartphones, POCO has recently released the Poco F4 GT with gaming-centric features.

In line with the release of the new smartphone, the company has also released the POCO Buds pro Genshin Impact edition, together with the Poco Watch for health-conscious individuals who appreciate a stylish timepiece.

The device is also equipped with full-fledged LPDDR5 RAM for shorter loading times alongside an upgraded UFS 3.1 ROM. Despite having a 4,700mAh battery, the phone can be fully charged in 17 minutes with its 120W charger. Additionally, an AdaptiveCharge feature addresses the overcharging concerns for users charging their devices through the night.

On its face, the device contains a 6.67-inch flat AMOLED and 100-bit True Color display, providing a responsive 480Hz touch sampling rate and up to 120Hz refresh rate. Catering to the gaming needs, the display uses high-frequency PWM dimming to protect its users’ eyes during marathon screen time sessions.

Designed with Genshin fans in mind, these earbuds use artificial intelligence to adapt the noise cancelation settings best suited for the ambient noise – during phone calls and entertainment moments.

In its core, the 9mm composite dynamic driver caters to different audio types, with an audio profile that has been remastered by audio professionals to create a dynamic experience – which ranges from audiobook to a rock opera.

Simultaneous connectivity to two devices allows users to seamlessly switch between their phone and computer without first disabling Bluetooth on either device.

With a brisk charging time of 10 minutes, the earbuds last up to 28 hours with the charging case. With IPX4 water resistance, the earbuds can be used in most situations with varying weather conditions. 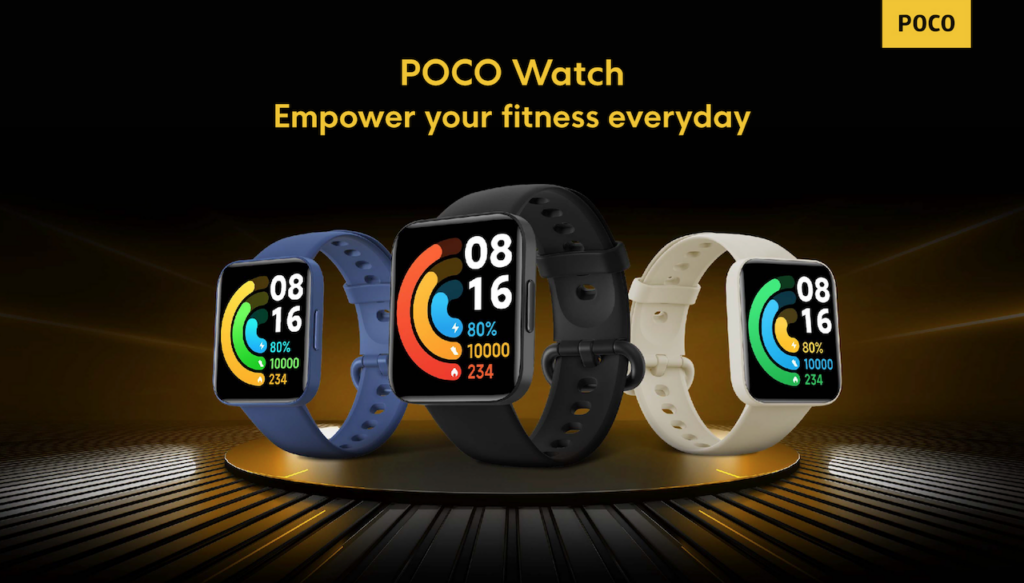 Striving to be an attractive choice for fitness enthusiasts, the Poco Watch features a Multi-system GPS for greater accuracy while using one of the more than 100 preinstalled exercise modes. The watch is also able to tell apart exercises done indoors and outdoors.

In conjunction with sleep monitoring function, POCO Watch monitors blood oxygen levels during sleep. Along with these functions, users can learn how best to optimise their daily routines through a feature in the watch.

The 1.6-inch AMOLED touch display with ultra-slim bezels provides a great way for users to express their style through more than 100 customizable watch faces. Potential owners can also match the watch faces with the watch straps which are available in distinctive colours.

For a limited time from April 26, the POCO F4 GT will be available at an early bird price of S$649 and S$749 respectively. Similarly, the POCO Watch and the POCO Buds Pro Genshin Edition will be priced at S$79 for early adopters. These devices can be purchased from official Shopee and Lazada stores.