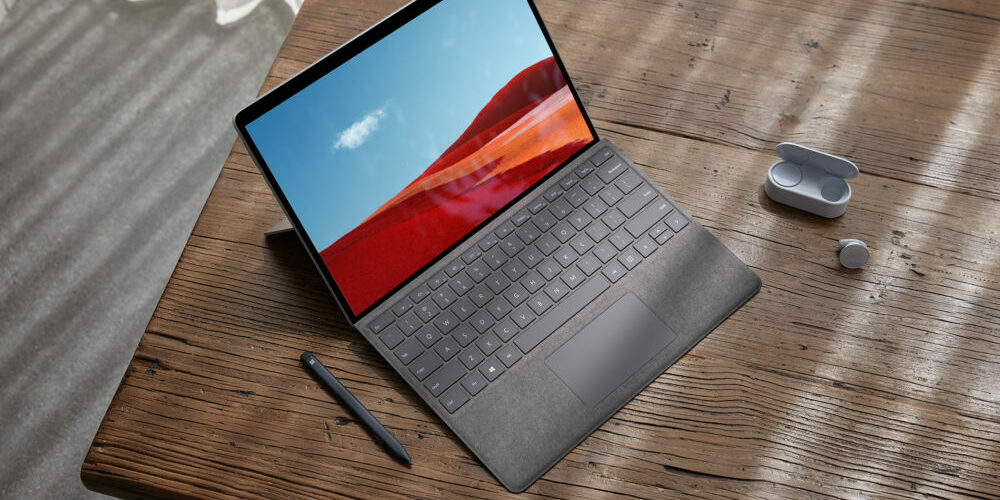 Microsoft has just announced that the updated Surface Pro X is now available in Singapore starting from S$2,248.

The Surface Pro X is a hybrid between a tablet and a laptop running Windows 10, making it a convenient device to carry around. Whenever needed, users can use it as a handy note-taking tablet or a more productive setup with the keyboard attached.

The updated hybrid comes with an all-new Microsoft SQ®2 chipset which boosts performance as well as a Snapdragon X24 LTE modem. As such, those hoping for 5G support might be a little disappointed.

Users would be able to choose from three removable solid-state drive (SSD) options: 128GB, 256GB and 512GB. Microsoft has allowed users to swap out the SSD to allow for possible upgrades in the future.

However, Microsoft cautions that even though the SSD is replaceable, it should only be fixed by trained a Microsoft technician. By making its new device a little easier to upgrade, Microsoft has an edge over other products which has never let users upgrade their storage chip.

The 13” Surface Pro X is currently available in Singapore via commercial authorized resellers, at a starting price of S$2,248 in Black and Platinum.

Accessories such as Surface Pro X Signature Keyboard with Slim Pen bundle are sold at S$429. (Three new colors: Platinum, Ice Blue, and Poppy Red, all with the same built-in storage and wireless charging for the Surface Slim Pen.)